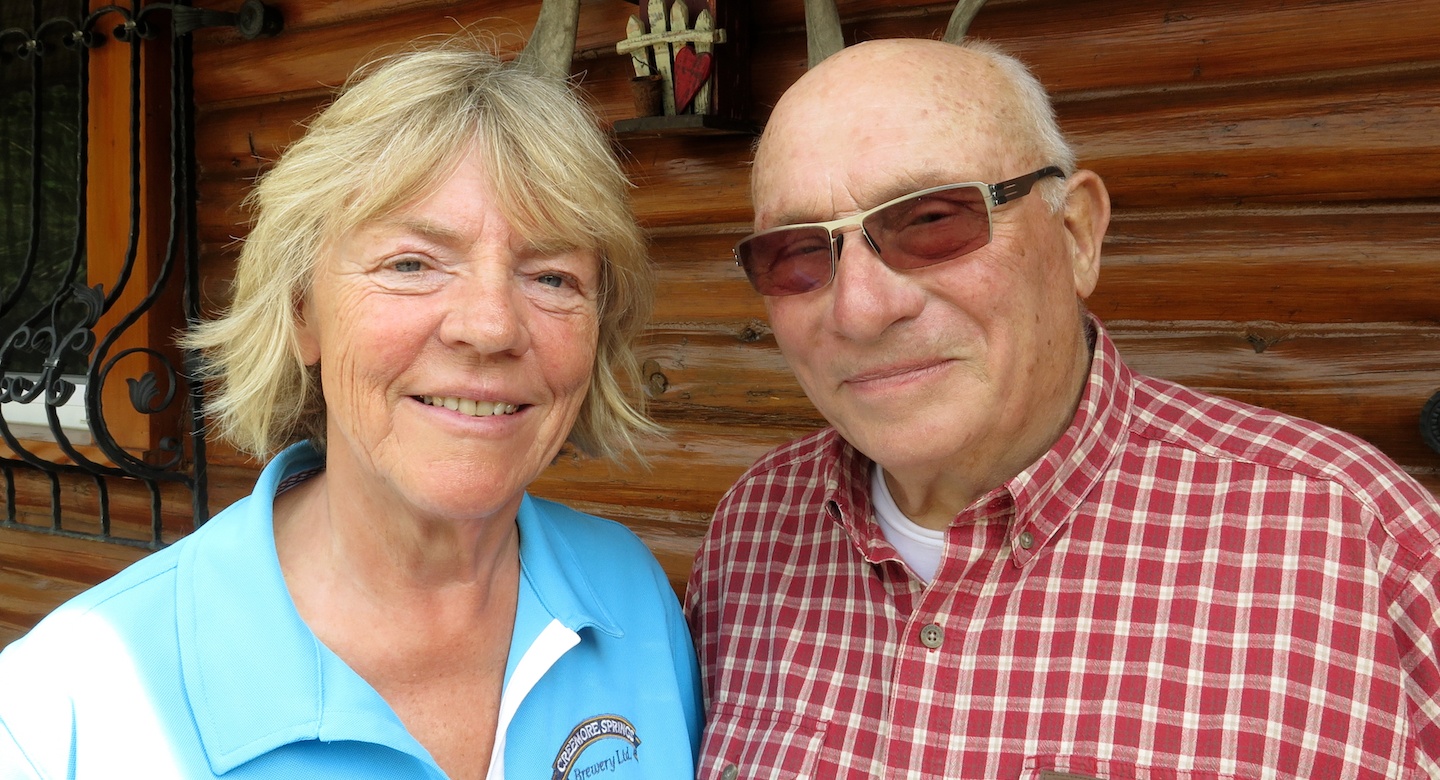 Is it really possible to enjoy a modern lifestyle without being connected to the electrical grid? Yes, it is. Thousands of people do it, including Fritz and Anne Kettling. Back in 1997, they built their own off-grid electrical system to provide power for appliances, electronics, lighting and power tools and to control their heating system in their modern rural home and workshop.

The couple live on a quiet corner of a quiet island that’s 10 miles from the nearest power lines. A grid connection would have cost $360,000 back then, plus they’d then have to pay for power forever. It’s not too surprising that they said, “No thanks. We’ll do it differently.” The designs and information you’ll find here are based in part on the Kettling’s experience, updated to include modern hardware and design options that have become available since they built.

Since the Kettlings were absolutely committed to building their house on a particular piece of remote lakeshore property, they created an independent power system of their own. It’s pretty much completely immune to anything that happens in the wider world. I say “pretty much” because part of their system does include a stationary propane backup generator as a supplemental source of power for charging the bank of batteries if wind and solar generation can’t keep up. Their generator is larger than it needs to be for occasional recharging, but it’s sized to run the 380-volt, 3-phase industrial machinery that Fritz has in his metalworking shop. That’s not a typical situation, but having a fossil-fuel backup gives them 100% assurance they’ll have plenty of power all the time. A backup generator, however, is not necessary for off-grid living.

The video tour up next shows the real-world renewable energy system the Kettlings built. It’ll give you an idea of what it’s like to build one for yourself. Be sure to watch this. 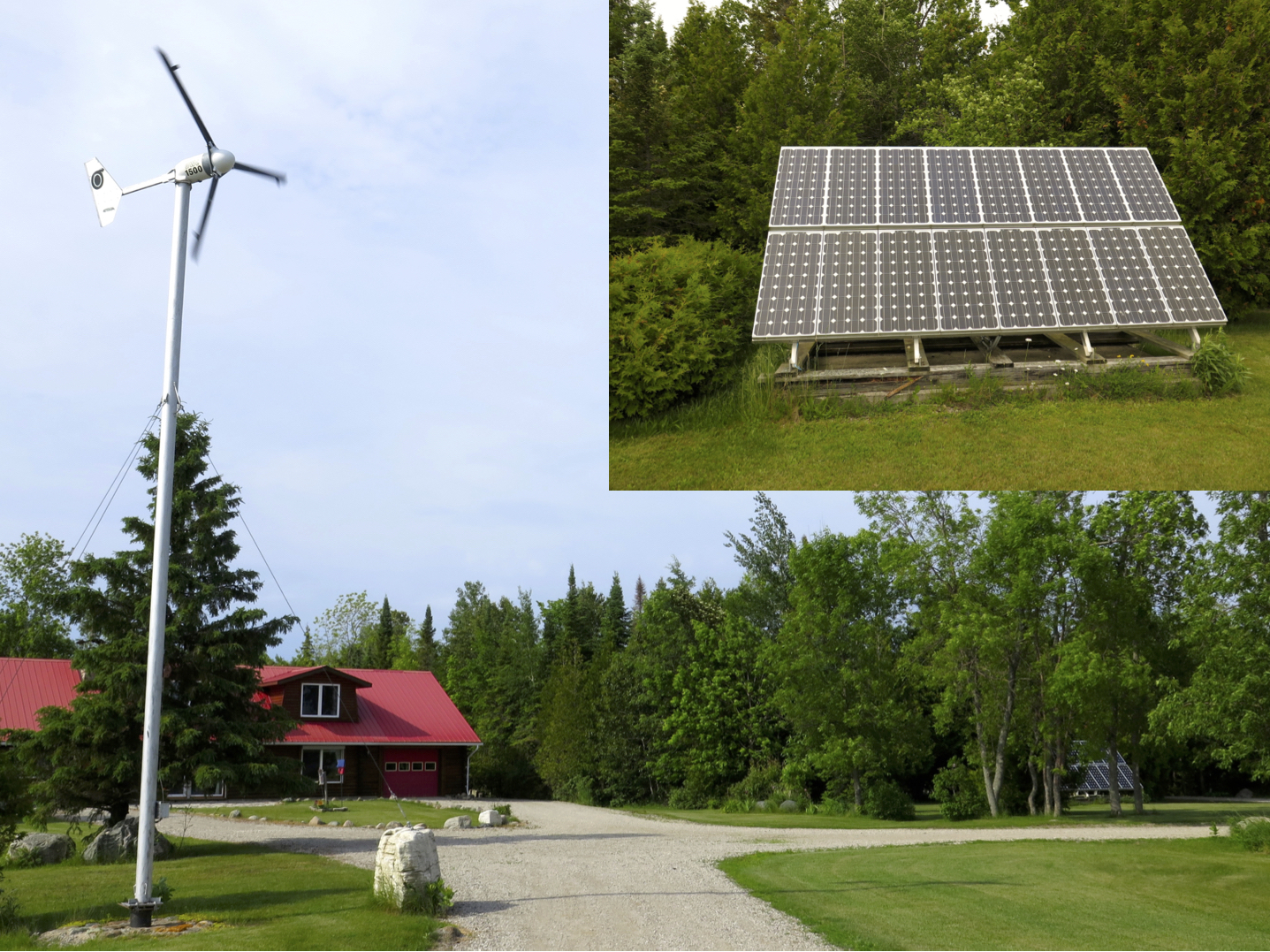 Wind and solar – the perfect partnership

On its own, a wind turbine brings a lot of energy freedom and reliability to any independent power system. Photovoltaic (PV) panels add a good complement to the system, and both a wind turbine and PV panels can charge the same bank of batteries. One system often works well when the other doesn’t. Cloudy weather – when there’s not a lot of sun – can very well bring wind. A calm day can be clear and sunny. And a wind turbine can gather energy at night, when the sun isn’t shining and energy demands are low.

But let’s say you’ve got a building or home where you can’t connect to the grid for electricity, or you don’t want to. Why not just get a big fuel-powered generator and be done with it, as some people do? Why bother with the complication of solar, wind and batteries? Three big reasons: cost, noise, and long-term, reliable electricity production.

Having a back-up generator is a wonderful thing during power outages that last for hours, days or weeks, but generators aren’t great as a sole source of permanent off-grid power. Most generators are loud, they need a surprising amount of maintenance and they won’t protect you in a very long-term power outage. That’s because gasoline and diesel generators still need the support of the entire petrochemical industry to keep running. What good is your generator when local gas stations have run dry because shipments of fuel have stopped? Even if there is fuel in underground tanks below the pumps, what if your local stations don’t have electricity to run their pumps? And what happens when a very long-term power failure disables refiners?

Then there’s the issue of cost per kilowatt-hour of power. If you figure out all the costs involved in running a fuel-powered generator – even a very efficient model – you’ll find you’re paying many times more than the going rate for grid electricity – sometimes 10 times the rate. Saving money compared to generator power is one reason why a multi-source, independent, renewable electrical system that uses a combination of solar and wind is worth building for long-term freedom from the grid. 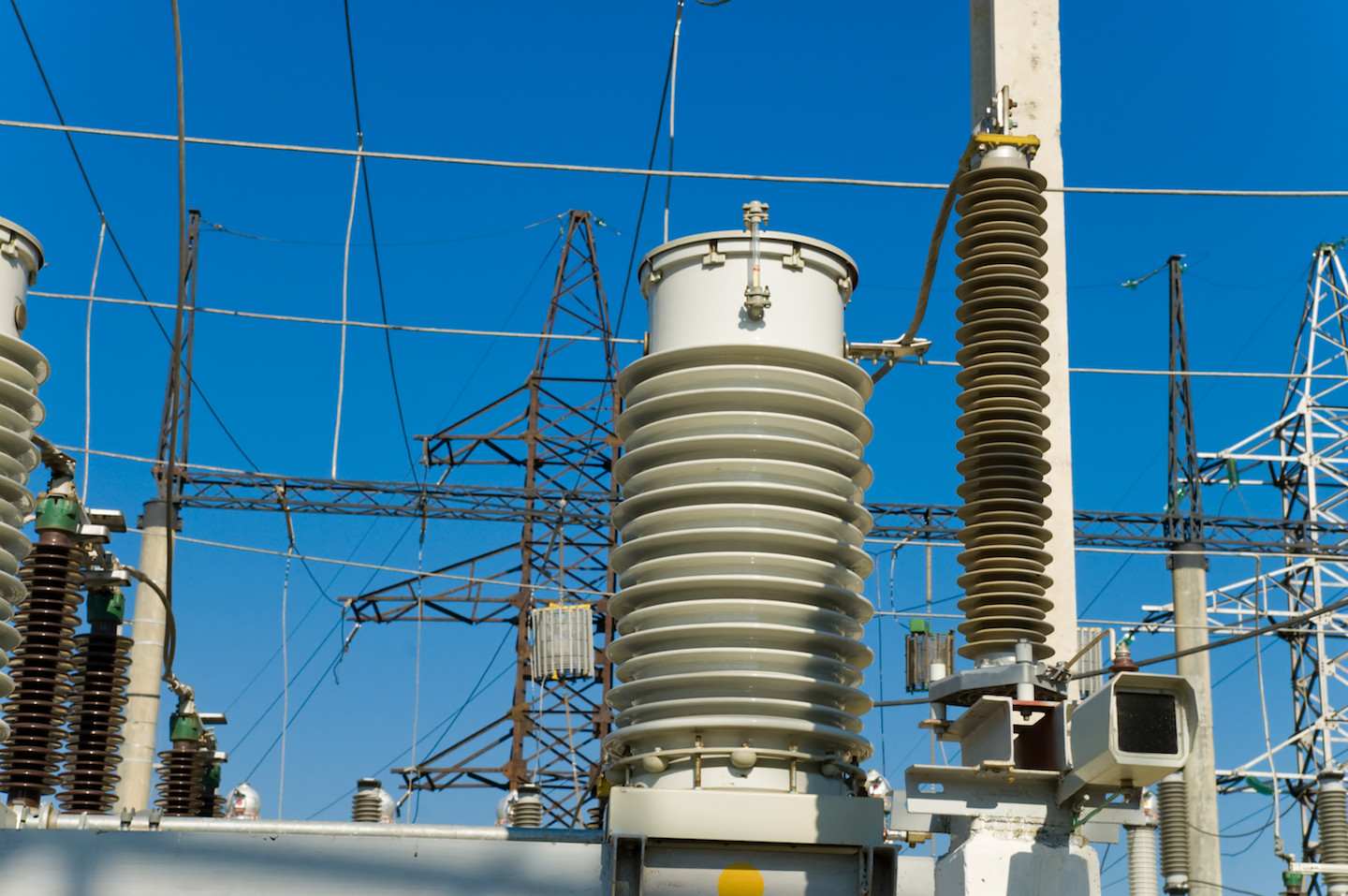 Electromagnetic pulses (EMPs) are overloads of airborne energy that can damage electronics and the electrical grid, travelling through the air and power cables. EMPs can result naturally from solar flares and, it’s believed, from military or even terrorist attacks. Solar flare EMPs have done major damage before.

Back in 1859, a natural solar flare triggered an EMP event that was so powerful that it fried telegraph equipment in use at the time. Dubbed the “Carrington Event” after the astronomer who observed the solar flare happening, National Geographic writer Richard Lovett says that a repeat of the Carrington Event today would devastate our world. Modern electronics, power transmission systems and communications are much more sensitive to EMP destruction than the big wires of the old telegraph systems, wires that actually caught fire because the overload was so great.

There are, of course, different opinions about the likelihood and impacts of an EMP event. Some recent studies suggest the effects would be localized, with regional damage that wouldn’t necessarily take down the entire grid. Other experts warn that it could take years for North America to rebuild its electrical system after a massive EMP event. All major replacement power transformers are made off shore and may take years to deliver after an order. Also, our electrical grid requires a source of electricity in order to fire up the system after a complete shutdown. How would all this happen if North America or Europe was completely without power?

By having your own independent electrical system, you can keep refrigeration, running water, heating controls and communications going without grid power. Will an EMP disaster occur? No one knows for sure, but it seems likely that we’re vulnerable. If you wait until it happens, it’s too late to protect yourself.

The Kettlings aren’t survivalists, but their system provides an excellent and field-tested pattern to follow when creating an off-grid power system no matter what your goals are. Their independent system can provide up to 10 kW of grid-free renewable electricity, and it’s done this in all seasons without a breakdown for decades. The same photovoltaic panels, same windmill, same bank of batteries have been working perfectly since 1997. Taking their design as a starting point, and learning from the experiences of others, this course will show you the main parts of an independent, grid-free renewable power system. You don’t have to build as big as the Kettlings did, but their work is an excellent place to start learning.

And when you decide to enroll, be sure to use the coupon code BONUS30 at checkout to get $30 off course fees. There’s no better way to start learning about renewable energy..
LEARN MORE ABOUT THE COURSE
Complete and Continue